Division is going to be our downfall. 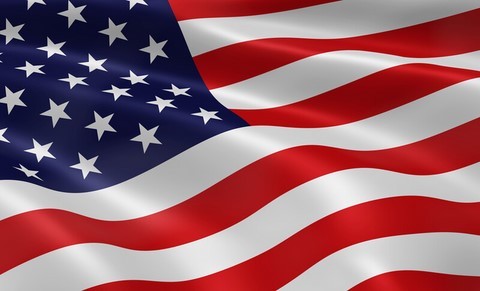 I don't ordinarily post about political things, but I feel that our country is not in a good place right now and it will not take much before it completely ceases to be the country that I knew, was taught about, and believed in as a child. I am not talking about just one aspect like economic, social, or political, but rather all of it as a whole that makes up the America of today.

Our forefathers intended to preserve our consitutional republic and everything it stands for, by putting things in place that would hopefully withstand the test of time and what they could not foresee in the future. Granted, there have been advancements and events since then, that nobody could have seen coming, but the principles still remain the same. I am reminded that Alexander Hamilton once called political parties "the most fatal disease" of popular governments. And as true as that is, Thomas Jefferson believed it was a mistake not to provide for different political parties in the new government. “Men by their constitutions are naturally divided into two parties." he wrote.

(Yes, I do know that there are other parties in our political system and why they do not receive the coverage, funding, or even promotion as Democrate or Republican Parties do, is another post.)

The Constitution's framers viewed political parties as a necessary evil. But in 1787, when delegates to the Constitutional Convention gathered in Philadelphia to hash out the foundations of their new government, they entirely omitted political parties from the new nation’s founding document. This was no accident. The framers of the new Constitution desperately wanted to avoid the divisions that had ripped England apart in the bloody civil wars of the 17th century.

And where are we today? Right back where we started, minus the actual war, but a civil war just the same. There has been bloodshed already, and all it's going to take is one little incident and we will have another "shot heard around the world" so-to-speak.

We have all heard the saying, "A house divided against itself cannot stand." and I think that is our greatest danger right now. Our country has now been reduced to "us" versus "them" no matter what side of isle you hale from. At this point in history, I see America as a house of cards with one support teetering back and forth. faster and faster, as the division gets wider and wider.

I once posted that people were forgetting September 11, 2001 and received all kind of responses such as, "I can't forget! I remember exactly where I was and what I was doing." or "I had a relative killed I will never forget!" and true as that is, the fact is, we have forgotten the unity we had as a country that day and in some of the days following.

At that point it didn't matter if someone was affliated with the Democratic Party, Republican Party, Constitution Party, Libertarian Party, or Green Party. There was no concern about who was Conservative, Liberal, Black, White, Jewish, Hispanic, Asian, Gay, Straight, Male, Female, Christian, Atheist, or whatever else seems to divide us these days.

The fact is, at that moment we were all united into one party, "The American Party." All we cared about was "Our Country" was attacked and "Our fellow Americans" were killed at the hands of those who want to destroy us. Now we are poised to destroy this country ourselves, if this division is not set aside and we go back to just being Americans.

That shocking news comes from a 2004 report in The Guardian, which says climate scientists have proven the world will end in ecological disaster by 2020.

“Climate change over the next 20 years could result in a global catastrophe costing millions of lives in wars and natural disasters,” The Guardian reported Feb. 22, 2004.

“A secret report, suppressed by US defence chiefs and obtained by The Observer, warns that major European cities will be sunk beneath rising seas as Britain is plunged into a 'Siberian' climate by 2020. Nuclear conflict, mega-droughts, famine and widespread rioting will erupt across the world,” The Guardian continues.

So bad news if you made New Year’s plans. Bring a life vest.

If you’re wondering why someone would make such an outlandish claim, The Guardian explains it without realizing.

“The findings will prove humiliating to the Bush administration, which has repeatedly denied that climate change even exists,” The Guardian reports.

Later, The Guardian lays out how the report will be used to advance the presidential campaign of then-Democrat nominee Sen. John Kerry.

“So dramatic are the report's scenarios, Watson said, that they may prove vital in the US elections. Democratic frontrunner John Kerry is known to accept climate change as a real problem. Scientists disillusioned with Bush's stance are threatening to make sure Kerry uses the Pentagon report in his campaign,” The Guardian reports, giving away the game.

By casting defense as an environmental issue, the Pentagon can increase its budget by accessing “climate” funds.

It’s just the latest in a series of embarrassingly inaccurate predictions from climate “scientists,” who all claim “the science is settled” and “there’s nothing to debate” about their political agenda – even though all of their “settled science” predictions have been debunked.