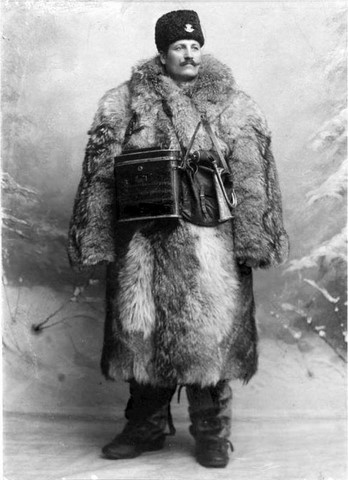 It’s an understatement to say that it’s cold in Sweden. Not only are average winter temperatures between 27 and 30 degrees Fahrenheit, but the snow, ice, and rain only add to the discomfort that comes with trudging along while carrying the mail. On top of that, in 1900 postal workers didn’t have heaters to keep their mitts warm in between deliveries. At the turn of the century many mail carriers in Sweden were traveling via stagecoach, which helped them move quickly across the country even if it wasn’t the most comfortable of rides. In some instances these stagecoaches even brought along a passenger if the price was right. 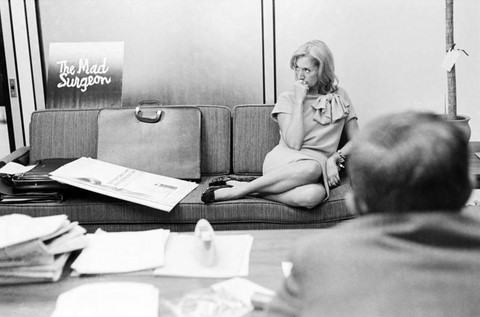 As the founding president of Wells, Rich, Greene, an advertising agency known for its creative work, Mary Wells Lawrence was the first female CEO of a company that was listed on the New York Stock Exchange. The ads of WRG focused on humorous ad campaigns that quickly made them the talk of the advertising world. How did Wells become so successful? She says it’s by throwing herself into a world she didn’t understand and stretching herself as far as she could go.

A family in pursuit of land 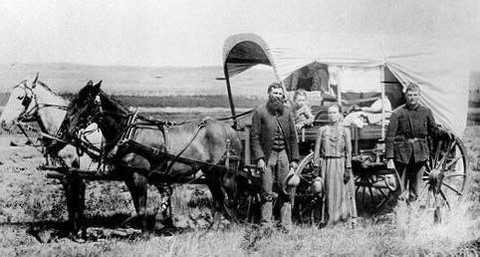 Abraham Lincoln once said, “The greatest fine art of the future will be the making of a comfortable living from a small piece of land,” and that’s exactly what the homesteaders of the 1800s were trying to do. Thanks to the newly acquired land in the west, Americans were striking out to find a better life and build something for themselves. Homesteaders were required to spend at least five years on a plot of land, cultivating it and turning it into something useful before they could receive the title. This law spurred on rapid settlement of the west and created a different kind of gold rush. 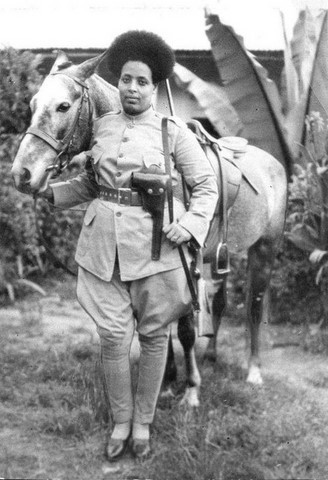 From 1935 to 1936 Ethiopia fought against Italy when the European country attempted to exert control over the nation. The whole thing was jumpstarted by an incident at the Ethiopia and Italian Somaliland that gave Benito Mussolini an excuse to bulldoze his way into the country.

On October 3, 1935 Italy invaded Ethiopia and the skirmish began. The Italian army easily trounced the under-trained Ethiopians, and were condemned by the League of Nations. Mussolini didn’t care about the condemnation, and this small battle was one of the many things that turned up the heat in Europe as the continent prepared for the second World War. 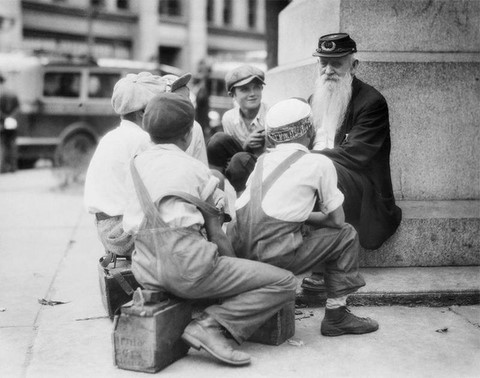 In 1935 there was no internet, and the history books were either woefully underwritten or hard to get ahold of - especially for shoeshine boys. The best way to hear about a historical happening was to go straight to the source whenever possible. It’s clear that these boys are reveling in the stories of this former Union soldier, as boys are they want to hear grim tales from history.

The soldier looks to be reveling in the attention as well. After all, it’s not every day that someone who served in one of America’s defining moments is able to regale a group of eager listeners.

Walk To A Friends House 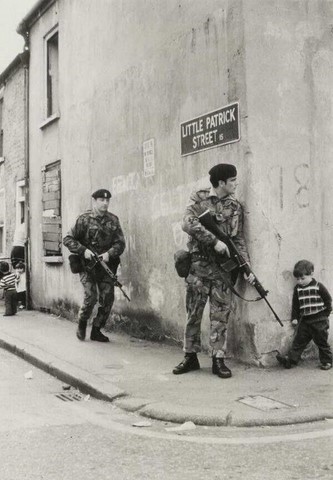 “The Troubles” as they were called, was a conflict between Northern Ireland and the UK that made up a 30 year span of violence and domestic terrorism. After decades of fighting in Northern Ireland these “troubles” simply became a way of life. It’s no wonder that this boy doesn't pay any mind to the soldiers waiting to fire. One Irishman explained the desensitization of the Troubles as a way of keeping yourself from going mad.
He told the Observer Review:  "You remember the first time somebody tries to kill you very well. I’d never experienced such hate before. You’re paralyzed for the first couple of seconds. But you laugh it off after a while, you get blasé about it; another bomb, someone else killed, what’s for lunch? You’ve got to Harden yourself, it’s self-protection." 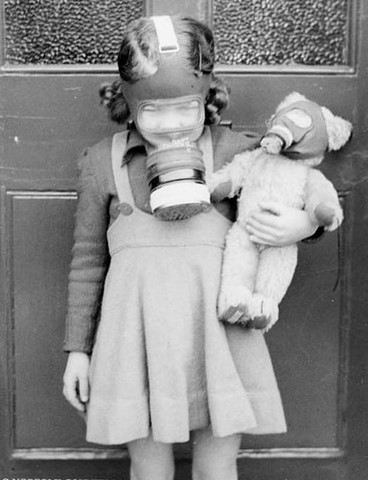 Unfortunately, gas masks where a way of life for Londoners during World War II. As the citizens of Great Britain lived through the Nazi blitzkriegs the fear that chemical weapons would be used during one of the bombings never subsided, and men, women, and children were given government issue masks in order to keep them safe. Because chemical warfare was such a big part of World War I, the government believed that gas would once again be used during the fighting a few decades later. 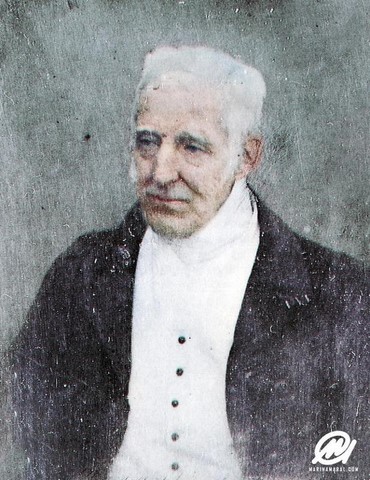 Even though he was known as the man who bested Napoleon at Waterloo, Wellesley was a thoughtful man who didn’t take joy in going into battle. Even after trouncing Napoleon following the French leader’s tactical error of waiting until midday to attack, Wellesley wasn’t thrilled about the prospect of losing soldiers during hostilities.